What a marvel that God invites you and me into the hallowed halls of His divine counsel to share His plans with us. 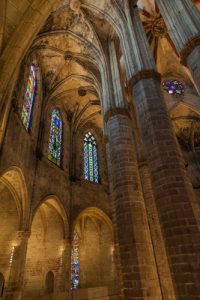 This morning as I sit bathed in the light of this incredible truth, I’m acutely aware of my littered desk, baggy sweats, and Dollar Store glasses.

Who am I Jesus, that you invite me in to Your throne room and speak to me?

The Creator of the cosmo, the holy King of Kings greets you and me . . . After over twenty years of intimacy with God, I still can’t get my mind around it.

Who am I Jesus, that you call me by name?

”…this is what the LORD says, he who created you…who formed you…Do not fear for I have redeemed you; I have summoned you by name; you are mine.” Isaiah 43:1(Emphasis mine)

I don’t know about you, but I have been called some pretty ugly names, some of which have even been earned, yet God has a special name for you and me, “You are Mine.” My “Beloved.” (Romans 9:25) He has purchased and redeemed us through His sacrifice on the cross on our behalf. (I Peter 1:18-19) We belong to Him — with all that entails; chosen and precious, invested with family privilege and kingdom power.

Who am I Jesus, that you care for me?

“When I consider your heavens, the work of your fingers, the moon and the stars, which you have set in place, what is man that you are mindful of him, the son of man that you care for him?” Psalm 8:3-4(Emphasis mine)

“There is no one like the God of [Israel], who rides on the heavens to help you and on the clouds in His majesty. The eternal God is your refuge, and underneath are the everlasting arms.” Deuteronomy 33:26(Emphasis mine)

Who else in all the world has a God like ours? 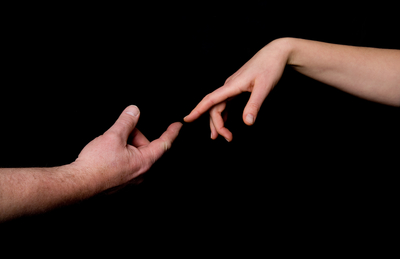 Listen to what He says:

“The LORD is close to the brokenhearted and saves those who are crushed in spirit.” Psalm 34:18(Emphasis mine)

“Draw near to God and he will draw near to you. Wash your hands, you sinners, and purify your hearts, you double-minded.” James 4:8(Emphasis mine)

“Here I am! I stand at the door and knock. If anyone hears my voice and opens the door, I will come in and eat with him, and he with me.” Revelation 3:20(Emphasis mine)

“There is no one like the God of [Israel], who rides on the heavens to help you and on the clouds in His majesty. The eternal God is your refuge, and underneath are the everlasting arms.” Deuteronomy 33:26(Emphasis mine)

“Grace and peace to you from him who is and who was, and who is to come, and from the sevenfold Spirit before his throne, and from Jesus Christ, who is the faithful witness, the firstborn form the dead, and the ruler of the kings of the earth.”(Emphasis mine)

To him who loves us and has freed us from our sins by his blood, and has made us to be a kingdom and priests to serve his God and Father . . .

Did you catch that?

“To Him who loves us…”(Emphasis mine)

No matter our messy office or old clothes.

God is near. He’s invited us into His counsel and into His heart. And He reveals His thoughts to those who don’t keep Him at a distance.

What about you? Does God seem distant, or have you experienced what it’s like to personally interact with Him?